The next instalment and the inspiration behind my latest novel, Madame Fiocca: The Remarkable True Story of Nancy Wake.

Posted by Suzy Henderson at 12:56:00 No comments: Links to this post

I hope you enjoy watching the first instalment of Nancy Wake, SOE heroine who helped hundreds of people flee the Germans in Nazi-occupied France while she lived in Marseille. In 1943, she became an evader, fleeing across the Pyrenees into Spain. From there, she travelled to Gibraltar and sailed to England where she eventually joined SOE. The rest, as they say, is history.

Posted by Suzy Henderson at 12:06:00 No comments: Links to this post 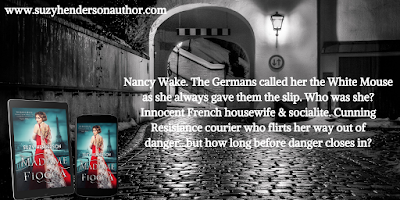 February 1933: Nancy Wake is a gregarious twenty-year-old looking for adventure. Having fled her unhappy family home in Sydney, she becomes a journalist and is thrilled when she is posted to Paris. The city is glamorous, brimming with journalists, artists, and a growing number of refugees.
Later, in the French Riviera, she uncovers more than news following a chance encounter with wealthy industrialist, Henri Fiocca. Their relationship blossoms as Hitler makes waves across Europe. While on an assignment in Vienna in 1938, she witnesses Nazis whipping Jews on the street and she vows to fight for justice if ever the opportunity arises.

When Henri is called to the Front to fight, Nancy, determined to help the war effort, joins the Red Cross as an ambulance driver. Every day she witnesses atrocities. When Paris falls, Nancy flees the German oppressors and returns to Marseille. France is a nation defeated; its people are in despair.
A chance encounter with a British officer draws Nancy into the heart of the Garrow escape network, despite Henri’s reservations. Armed with wealth and charm, she convinces Henri that the Germans will never suspect such a woman. But soon she finds herself caught up in a deadly game of espionage.
As the iron fist of the enemy tightens, neighbours denounce neighbours. No one can be trusted. When the enemy closes in, Nancy and Henri face an impossible choice. Has she done more harm than good?
Based on a true story of love and a gripping adventure, Madame Fiocca weaves an extraordinary tale of survival and redemption in wartime.
Available from Amazon in e-book format. Read for free on KindleUnlimited. 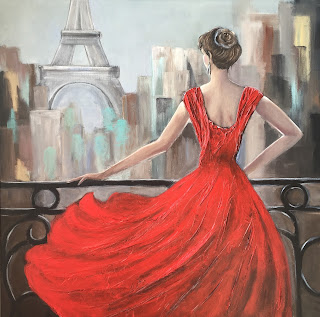 Posted by Suzy Henderson at 11:54:00 No comments: Links to this post

Nursing in The Great War


So often when we talk of war, we discuss the fighting, the aerial or sea battles and the men who fought so courageously for peace. What of the women? I've often read about the home front and of women who worked in munitions factories, or those drafted to work the land. But what of the bloody side of battle? What of the nurses and the thousands of women who went to nurse wounded soldiers overseas?

The Great War would bring significant change in so many ways. It was widely anticipated that this war would be short. Wartime propaganda began with a kick and helped to spread patriotic fever far and wide. Thousands of young men answered Kitchener's call to arms, but their fever was to calm very quickly. Once placed in the heart of battle the weeks rolled into months and then a year and disillusionment stepped in as many realised that all seemed endless, hopeless.

The wounded sustained injuries never seen before. What was worse was the lack of treatment available and the lack of expertise in treating specific injuries. It would become a time of pioneering treatment, a lengthy and innovative process which would continue throughout the years and into the next war. But aside from medical advancements and failings, what was life like for the thousands of women who answered the call to nursing?

Florence Nightingale made waves during the Crimean war and implemented great change in nursing care and practice. She was a revolutionary in her field and caused a stir back then, but it was worth it. Her efforts improved practice and contributed to saving the lives of men who would undoubtedly have died without her. Times were changing....warfare was changing....women were changing.


Women have always nursed. At the beginning of WW1, nursing was unregulated which meant that anyone could call themselves a nurse and offer their services. However, in 1919, this changed.
Life was very different back then. Women still did not have the vote. Few had jobs, but those who did or had to work would usually be employed in domestic service.

When WW1 was declared, women were keen to do what they could for the war effort, for their men and their country. In the beginning, women were asked to wait at home and "keep the home fires burning." It was generally anticipated that the war would be short-lived. Women from all ranks stepped forward and volunteered to work alongside nurses as Voluntary Aid Detachments - VADs. The VAD organisation began in 1909, and by the beginning of WW1, many VADs were already serving.

The war began brutally and continued, and by early spring 1915, both the government and military quickly realised the need for more workers and nurses. Women were then called upon to work in various roles, such as medics, farmers, teachers, munitions factories and VADs. The pristine, clinical image of the VAD dressed in her starched blue dress and white apron is almost a romanticised version of the reality they lived through. The work itself was rough, gruesome, dirty and undoubtedly shocking to many until they became accustomed to it. They were often exhausted, working long hours with little rest or time off.
The regime itself could be harsh with rules and procedures to follow, and heaven help those who wandered from the rigidity of it all!


The injuries the men endured had never been seen before - a consequence of changing warfare and of aerial battles. Medicine had not yet evolved well enough to cope with the severest of wound infections, and gangrene was rife. There were no antibiotics, and disinfectant was in short supply. As the war rolled on, medicines and dressings were running out too, especially in field hospitals at the front.

Of the existing qualified and experienced nurses, some had already seen war and its effects, having worked through the first or second Boer War (1880-1881; 1899-1902). Many nurses were eager to go abroad and nurse the injured at the front. However, the British Medical Military Services viewed female nurses as unsuitable for the front, presuming them unable to cope with the ugly face of war and so they were reluctant to send nurses to field hospitals overseas.

The British Red Cross formed the Joint War Committee with the Order of St John following the declaration of war on August 4th, 1914. The committee supplied services to the war effort while also organising nursing staff at home and abroad. It assumed control of the trained nurses and all VAD's and then proceeded to allocate them to the capable direction of Sarah Swift, the ex-matron of St Guy's Hospital.
In 1916, Sarah set up the College of Nursing, later to become the Royal College of Nursing, the professional body that continues to this day. Sarah was made a dame in 1919 for her services to nursing. 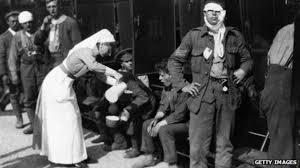 Between 1914 and 1918, around 90,000 male and female volunteers worked in Britain and abroad. The VADs carried out a range of duties from transport, organising rest stations, to patient care. They had to pass exams to achieve their first aid and home nursing certificates. The men were trained as first-aiders in the field and also worked as stretcher bearers.

One nurse, Violet Gosset, kept a diary of her nursing time during the war, something that was strictly forbidden. When her diaries were discovered in an attic many years later, they revealed the grim truth of what she had witnessed. She writes, “We had a fearful lot of head cases about this time as the tin helmets were not in use. Imagine a ward full of men with their brains oozing out of bad head wounds.” She gave accounts of life-saving amputations performed without the proper equipment and talks of "stretchers packed like sardines everywhere." However, it was not just war and its injuries which posed a threat but diseases such as cholera, typhoid, and tetanus.

Around 200 nurses were killed or died during the Great War. 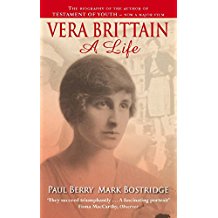 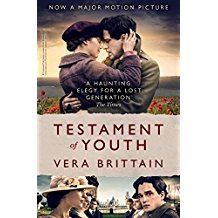 An extraordinary code of honour - A Higher Call

Posted by Suzy Henderson at 23:31:00 No comments: Links to this post

A must-read gripping adventure: French socialite turned Resistance courier. She'll do whatever it takes to defeat the Germans.https://t.co/BDzxm0ays2

Based on the true story of #NancyWake, one of the most highly decorated women of #WW2.#histfic #WomensFiction #Kindle pic.twitter.com/Yjbm1HGjB5