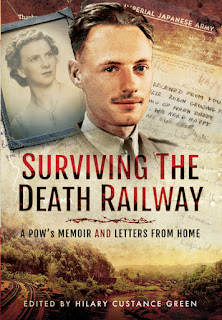 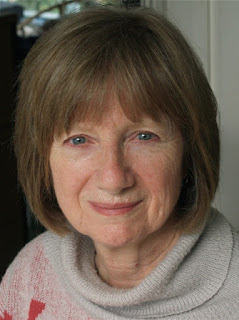 Welcome, Hilary and please tell us a little about you.

I’m a Jack of all Trades. I spent twenty years as a sculptor, then went back to university and became a Research Psychologist. To balance the academic life, I started writing and publishing fiction. I found it enormously satisfying, so since retiring from the Medical Research Council, I have continued to write. What I write is fiction, but I try and look honestly and realistically at the way individuals cope with what life throws at them.

What genres do you write and why?

This is always a difficult question to answer. I guess it is literary, but at the lighter end of the genre or maybe you would say it is the literary end of general fiction. I explore some serious themes, but I like to write about love and adventure.

When did you first become aware of wanting to be a writer?

I was a reader first ­– the original bookworm. I dreamt of becoming a poet but found my own efforts embarrassingly bad. I scribbled endlessly through my teens, but was frustrated by my inept writing skills. The real breakthrough came with the typewriter and then – utter bliss – the computer. Writing became three dimensional, like a sculpture. I could shape ideas, move words, paragraphs, and whole pages. I could clothe a skeleton outline in any order I liked, without losing track of it.

Which authors do you feel have influenced you the most?

How has your family history shaped your writing?

In terms of subject matter, not at all. Yet my mother’s social conscience travels with me. My father’s attitude that it is possible to make absolutely anything is certainly built in. Both of them were Cambridge graduates, and though neither were academic high achievers, they gave me a respect for reading and thinking and an assumption that there is no fundamental difference between a man and a woman or between nation and nation – except cultural ones.

What do you love the most about writing and what do you dislike?

I think I heart a builder (as I was as a sculptor), someone who loves to take a skeletal idea and clothe and shape it until it comes as near to the original vision as possible.  There is a moment in every novel where it tries to fall apart. It is three-quarters written, the major turning points and climaxes are in place, but the glue between them starts to dry out too soon, parts fall off, the balance shifts too far from the . Belief is hard to hold onto at this stage.
Like most other writers, I also dislike the aftermath – the promoting and marketing.

The truth? The book that has just risen to the top of the pile by my bed is Stiff: The Curious Lives of Human Cadavers! A non-fiction book, by journalist Mary Roach, looking at what happens to bodies after death. The opening line is: The way I see it, being dead is not far off from being on a cruise ship.
Although I read a great deal of fiction, I have a long list of non-fiction , I am also about to read Midge Gillies Army Wives From Crimea to Afghanistan: the Real Lives of the Women Behind the Men in Uniform.  This subject is dear to my heart, and my mother’s story appears in it briefly.


Please tell us about your latest published book.

During my childhood, my father, Barry, talked about my mother’s role in WWII. While Barry and his men were prisoners of the Japanese in the Far East, my mother, Phyllis, had kept in touch with the wives, mothers and other relatives of the men in his Signals Unit (69 men). Phyllis died in 1984, but it was only after Barry’s death in 2009 that I began to search for her papers. I found them, at last, hidden in the archives of a military museum. They included newspaper cuttings, notebooks, address books, a dossier and some 250 letters written to Phyllis from the tenements of Glasgow and the East End of London. I used these letters, along with Barry’s memoirs and Phyllis and Barry’s personal correspondence, to piece together the experiences of the men and women separated by 6000 miles over four long years. These years lasted from the day when the men danced eight Eightsome Reels simultaneously on the platform of Liverpool docks in July 1941, to the autumn of 1945, when forty-one men limped home in ones and twos. What emerges from this and from the post-war letters to Barry and Phyllis is the amazing, unceasing support these men and women gave each other.
Surviving the Death Railway: A Far East POW’s Memoir and Letters from Home is my first non-fiction book, and was published this summer by Pen and Sword.